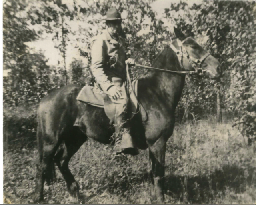 When you think about the Cavalry, you think of the iconic horse.
Some estimates show the horse being used in combat as early as 5000 BC. A Sumerian illustration of warfare from 2,500 BC depicts some type of equine pulling wagons. But is wasn’t until about 900 BC that warriors themselves fought on horseback.

Since then the horse has been invaluable in war. Weather pulling a wagon, cannon, ambulance, used to pack supplies, carry the dead, led a charge and of course carry a warrior into combat, the horse was there.

My connection with the 107th Cavalry has allowed me to acquire a collection of pictures from the early 40’s of the horse and the Cavalry. Many a Trooper told me of the day they had to give up their horse, as ordered in favor of the new Mechanized Army, a sad day indeed.

As the U.S. entered WW II the horses primary function was as a pack animal. However in Europe the horse was more widely used by the Germans primarily as pack animals. You can find picture after picture of their use by the Germans through the end of the war.

Hollywood has made thousands of war and western movies showing how important the horse was to winning the battle or the war.
Over the years as technology advanced the horse was used less and less in favor motorized vehicles. Below are just a few from my collection. 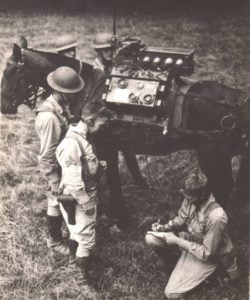 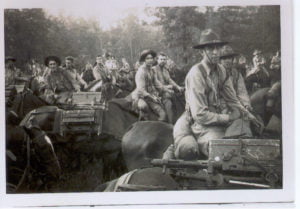 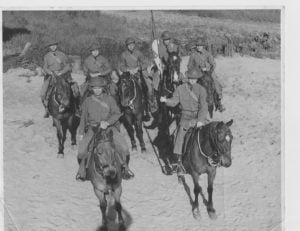 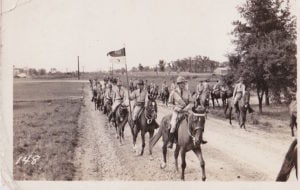 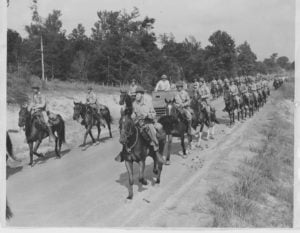