The Half-Track was borne out of the Army’s need for mechanization which became apparent in the 1930’s. As armored warfare tactics, matured, mechanized infantry became a key ingredient in what was now called “combined arms” doctrine. As new light tanks became available in the latter half of the 1930’s, it became apparent that such vehicles were becoming too fast to be accompanied by infantry on foot. The half-track also overcame two obstacles, they were armored and had a narrow footprint using their tracks which were well suited for mud and snow reduced overall ground pressure of the vehicle.

Half-Tracks can be traced back to the Holt Tractor Company in 1914. Extensive experimentation with half-track trucks through the 1920’s and 1930’s for many specialized applications, especially artillery prime movers.
The first US Army armored half-tracks were prompted b cavalry rather than infantry requirements. The US Cavalry used wheeled armored cars for reconnaissance missions, but found that their heavy weight and high ground pressure often resulted in vehicles becoming hopelessly bogged down during rainy weather. In 1938, a M3 scout car was converted into T7 half-track configurations by the addition of the Timken rear bogie assembly from a T9 half-track truck.

Over the next several years many revisions where made which led to the development of the M2 and M3 Half-Track with the M2 half-track car and the M3 half-track personnel carrier were approved for production on 17 October 1940. Revisions continued in 1941,1942, 1943 and 1944. These revisions are as follows:

Here are a few of pictures from my collection. 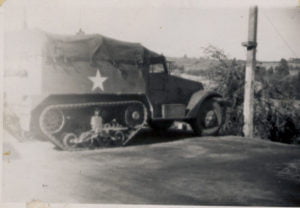 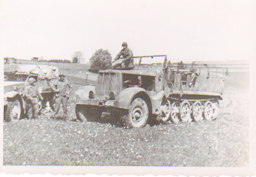 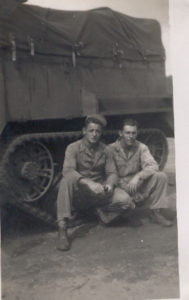 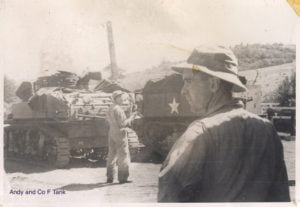