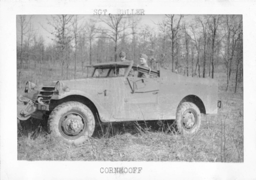 During the 1930s the Army experimented with a variety of wheeled armored cars to be used by mechanized cavalry for scouting missions and in 1939 the last of these was standardized as the M3A1 Scout Car with longer wider hull and in front of the bumper an unhitching roller was mounted.

The M3A1 Scout Car was built by the White Motor Company of Cleveland, Ohio. The driver and vehicle commander were seated in the front cab, while seats in the rear compartment were provided for an additional six passengers. In American use a “skate rail” ran around the rear compartment, upon which a .50 M2 (Browning) and one or two .30 M1919A4 machine guns could be mounted, while tripods were carried in the vehicle which could allow the guns to be dismounted for ground action if required.

Introduced into service in mid-1939, the M3A1 was widely used by all branches of the US Army and was one of the first types of armored vehicle to be suppled to the United Kingdom in 1941. Eventually the British replaced the M3A1 with Daimler or Humber Scout Cars.
The M3A1 was briefly used by the 1st and 2nd MarDiv’s but were found to by ill-suited for reconnaissance on tropical islands and were replaced by machine-gun armed 1/4-ton jeeps. They were also used by the US Army in the North African Campaign and the invasion of Sicily. It was used in traditional cavalry roes, such as scouting and screening; also as an armored command vehicle. By mid-1943, the drawbacks of the design – it’s open top, poor off-road mobility, and poor armament were evident. During 1943, most US Army units replaced the M3A1 with the M8 armored car and similar M20 Utility Car.

The Soviet Union and a number of other Allied Armies also received stocks of the M3A1s throughout the war. Production of the M3A1 lasted until 1944, with 20,918 vehicles built. Post war M3A1s would continue to give useful service seeing employment int he 1948 Arab-Israeli War, the First Indo-China War,Laotian Civil War, Cambodian Civil War and the Algerian War.

The 107th was issued the M3A1s and I have many pictures of these in service prior to the 107th being shipped to the ETO, a few examples shown below. 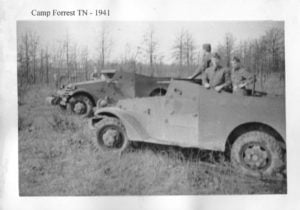 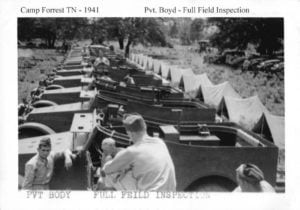 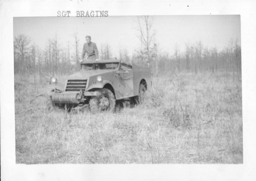 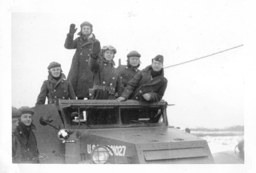 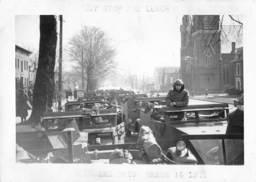